Detailed Review of Battles Before Time

Disclosure: I play tested the beta version of this game, and in return, I did receive credit as such and a free download for my efforts. It also gave me a legitimate excuse to obtain more prehistoric toys, so, bonus! Just to be forthright, and all that….and….this is my first attempt at truly “professional” game review. Any (kind) suggestions would be appreciated in the comments section. I welcome your feedback and questions!

Battles Before Time (AKA “BBT”) is a miniature wargame designed to be played with 28 mm humanoid figures and prehistoric creatures. It is not historically accurate, nor does it make any pretense of being so. What it is, is an extremely well-constructed game that lets 2 or more players battle with what I’ll loving call “early humanoids”- and Rob has created a number of versions of such creatures, largely fictional (i.e. “EMHO’s”: Early Modern Humans”), lizard races, orcs, troglodytes, a litany of fan favorite dinosaurs and early mammals, birds, and amphibians, and human-dino hybrids in a prehistoric world that encourages a sense of fun while still proving to allow for some fairly advanced strategies and tactics. Then, again, it’s a game that involves a high level of gleeful anachronism, so there you go.

The game revolves around creating your band of various creatures, buying special weapons and abilities, spells, and other equipment to battle on a 1:1 scale. Measurement is largely based on your hand size, i.e. “Darwinian measurement” in many cases, but there are printable rulers to make it “fairer” when you have players with dramatically different hand size; which is pretty much everyone I ever play any game with, as I have huge hands…humph…Actions are based on a unique drawing of stones (the glass counter or “mana” stones available at game and dollar stores) from a cup (or coconut half!!!!) that determine what can be done in that player’s phase, so you have to be adaptable to modifying your plans e very turn. Once you get in the spirit, it becomes much more enjoyable; the rules encourage grunting, pointing, diminished speech capacity, plastic clubs, etc.

Combat is fairly straightforward. When allowed, the unit’s base attack value, plus modifiers, minus any disadvantages (such as a target in cover), and drawing stones to hit. If successful, a draw of shiny stones, based on the weapon are made, and the opponent’s defense is subtracting, revealing the number of “ouchies” received. Once a unit’s “ouchies” are at 0, they go “bye-bye”.

One of the things I like is the printable tokens and charts that are easy to print and hand out to players. There are optional event cards, templates for certain specials and special “cavepunk” weapons, and a terrain generator. I especially love these, because in a game that doesn’t have a historical framework/reference (the slopes of Agincourt, for example) or provide you with reference maps (such as Heroclix), generating “realistic”, let alone “fair” terrain (that which a commander of troops would readily commit to as viable to a victory with the troops available, unless forces compelled them to do otherwise).

So set up easy; we used props in our collection, such as rocks and trees, and printed some other terrain features from the (many FREE!) terrain available at RPGnow.com and other sites. We played (and beta tested) with 54mm plastic “cavemen” (we marked different types by using different colored poker chips, attaching the figure with fun-tak type clay adhesive), and all sorts of plastic dinosaurs and prehistoric mammals with no real suffering for scale as described in the rules. You could easily do this with dollar store dinosaurs and such, or use some of the “cardboard heroes” that you can download at RPGnow.com. Odds are you can find suitable figures for free or a few dollars on site or at dollar stores and toy departments, assuming you do not already have some…in large quantities….

All in all, I really felt the game fills a gap in a genre that either gravitates to more of a “lost world” game that allows a more Steampunk or “pulp” vibe, or simply becomes a glossed over “my dino is bigger than yours so I win” contest. I found the project by accident; I was actually looking for a “lost world” type game for a Shanna the She-Devil type game with a more sword and sorcery vibe, and I am glad I found this project, agreed to test, and can now recommend it to you. It allows for straight war band type play, to fairly sophisticated character building and tactical challenges. I would highly recommend it to anyone that enjoys thinking outside the box (of rocks). Since the pieces required are often those many gamers already have, and/or can be obtained easily and inexpensively, it’s really an easy game to try and see if you really like it, and can always invest in more figures, terrain, etc., later. 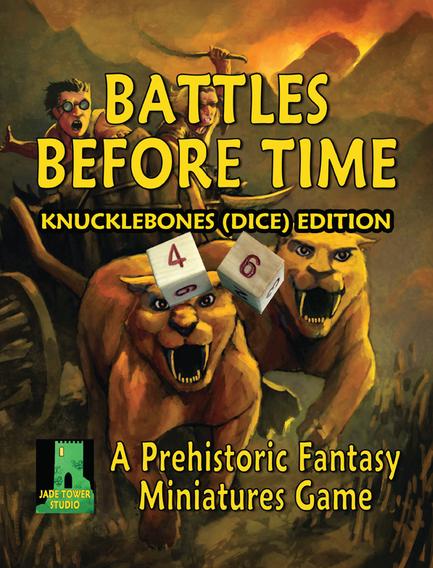 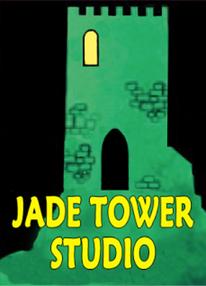 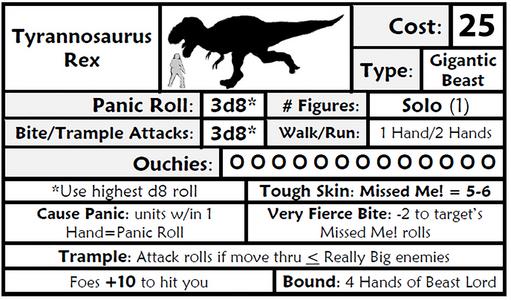 ​Due to lots of requests for a dice-based version of Battles Before Time, we are proud to bring you the Knucklebones (DICE) Edition! Available from WargameVault.com​.

​​Scroll to the bottom of this page for a detailed review of Battles Before Time (original edition) from Rocket Gnome Entertainment's Facebook page.

​​​​A print edition of Part One (the rules) of the original version of Battles Before Time is available on The Game Crafter for $8.99! See TheGameCrafter.com to order.